Michael Guthrie, MD, MBA, FACPE, has served as a leader in many arenas of the medical field. He has worked as a practicing physician, a medical director, a chief operating officer, a health system CEO, a senior executive for a national health care alliance and an executive coach for physician leaders. Guthrie, who says leadership was an “accidental opportunity” for him, now serves as the executive in residence at the University of Colorado’s business school program in health administration. 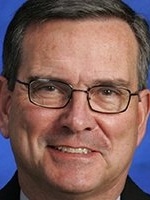 When it comes to managing a team, Guthrie said identifying the appropriate moment to encourage team members to set boundaries can be complicated because there are so many factors to consider.

“There are so many external pressures and requirements in the industry, and nobody seems to be letting up on expecting and demanding and requiring more,” says Guthrie, a member of the American Association for Physician Leadership since 1978.

“There are the self-imposed expectations and obligations, which come out of the demands of growing and improving and being competitive and sustainable, and some of those, I think are negotiable,” says Guthrie, an American Association for Physician Leadership member.

Each of these levels can have a different sense of urgency, and thus varying degrees of leeway in putting the responsibilities associated with them on the back burner. The role of the physician leader is to ask questions that help team members determine what is negotiable.

“What’s going to have to come off the plate in order to put this main thing on the plate? Or, what is the delegation that has to take place so that the person you are asking to be responsible can have somebody else take over something that they are currently responsible for?” Guthrie says.

Temporal boundaries can be used to set aside specific times for nonwork activities like family, friends and exercise.

Physical boundaries are important for creating distance between work and the rest of life — a consistent separation can keep these two worlds from becoming intertwined.

Cognitive boundaries are important for leaving work behind mentally as well as physically, so that the thought of work doesn’t impede on important time to refresh and recharge.

Guthrie says understanding these boundaries for each individual on a team is a process, and the process varies with each physician, as there are important cultural and generational differences than can affect physicians’ willingness to say “no.”

For example, Guthrie has found that many older physicians come from a culture in which they took on more responsibility and worked longer hours and didn’t turn much away. “They basically ran out of steam somewhere,” he says.

In his experience, younger physicians are more willing to have a conversation about being unable to do everything. But as a teacher, he sees his students still struggle with this concept, especially as the responsibilities and expectations of physicians keep expanding.

Rebekah Bernard, MD, has worked as a family physician for the past 16 years. Bernard decided to move from a hospital setting to a private practice after she decided her time was not being respected by her supervisors. She reached her limit when her hospital practice was acquired by a larger organization, bringing a new electronic health record system with it.

“I had donated hours and hours of my time, without compensation, on a physician electronic health records team,” she says. “I did it because I thought I was helping myself and my fellow physicians.” 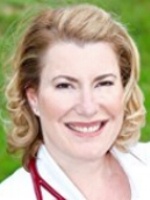 However, despite this time investment, Bernard and the other physicians on her team were told physicians would be individually responsible for entering years and years of data into the new system.

“What angered me the most was not the extra work ahead of me,” she says. “It was the hours that I had given in the past that were completely unacknowledged and had been all for nothing.”

Bernard insists many physicians are burned out because they are hesitant to say “no” to supervisors when they are feeling overworked. “One of the reasons we work so many hours is because we don’t know how to say no, or [we] say yes for the wrong reasons,” she says. “Unfortunately, if we don't learn how to say no, we end up resentful and angry, and it takes a toll on our psyche.”

Bernard says there are many reasons why physicians are reluctant to say “no” — from a desire to feel needed to fear that refusing responsibility will suggest incapability. Physicians also might worry about losing their jobs.

“Because most physicians struggle with this, practice managers should encourage physicians to set boundaries and facilitate boundary-setting,” she says.

Guthrie agrees. He looks at managing a team of physicians as assets who need not be overexploited.

“The issue of an effective leader is to make those judgments on how to deploy those very valuable assets that are professionals that work on a team,” Guthrie says. “Their time, their potential, their bandwidth, their energy level as humans. They need to take a deep breath. They need respite.”

Hannah Brown is a freelance writer based in Florida.