Intrusive questions on physicians’ applications is a factor contributing to untreated burnout and related consequences.

Intrusive questions on doctors’ applications is a factor contributing to untreated burnout and related consequences.

State medical licensing concerns are keeping many physicians from getting treatment for mental health, a factor contributing to professional burnout and related consequences such as increases in substance abuse and suicide. 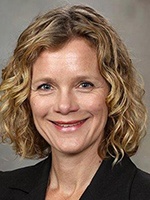 Dyrbye and her associates were looking for the phrasing of the questions involving mental health, specifically whether a physician ever sought treatment, was seeking treatment or was impaired by a condition. Only a third of the states used applications that asked about current treatment, rather than an entire history.

“These questions are getting in the way of doctors seeking care for treatable mental health conditions,” Dyrbye says. “A physician’s ability to get a license should be based on competency to do their job.”

RELATED: First of All, It’s Important to Take Care of Yourself

It’s fair to ask about current treatment or impairment because that could affect job performance and patient safety, Dyrbye says. “Just because you have a diagnosis of a mental health issue does not mean you’re not qualified to care for patients.”

The Mayo findings paralleled a 2017 University of Michigan national study , which revealed that state boards ask doctors more intrusive questions about mental health than physical conditions. The study also found that many questions violated the Americans With Disabilities Act.

"The problem is that states don't ask, 'Do you have a problem right now that affects your ability to provide good care for patients?' (Instead) they ask broad questions that intrude on physician privacy and prevent doctors from seeking care, but don't necessarily pick up on impaired physicians," Katherine J. Gold, MD, an assistant professor at UM’s Department of Family Medicine and the study’s lead author, says in media release. 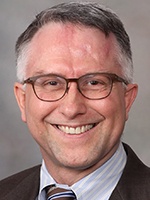 John Bundrick, MD, governor of the Minnesota chapter of the American College of Physicians, has been part of conversations on a national level about trying to influence states to change questions to make them more specific.

“We think it affects the workforce and the well-being of physicians,” says Bundrick, whose state is among those that asks about doctors about past diagnoses or treatment of mental health issues. “The key issue is [whether] it is currently impacting your performance, not [that] 10 years ago you had a rough spell and were treated for it.”

According to a study in the American Journal of Psychiatry, male doctors are nearly 1.5 times more likely than the general population to commit suicide. The rate is higher among female doctors, where the ratio was 2.3. Meantime, a Mayo Clinic study found that about 10 to 12 percent of physicians will develop a substance use disorder during their careers, a rate equal or exceeding that of the general population.

“With burnout being such a huge issue now, the last thing we need to do is put up obstacles for physicians getting help when they need it,” Bundrick says.

Many physicians simply lie on the applications about mental health issues rather than deal with any fallout that could affect their career, researchers say.

“If you disclose a mental health condition, you put yourself at risk for public disclosure of personal health information,” Dyrbye says. “If you check the box, then you have to explain it.”

Dyrbye says the Federation of State Medical Boards is looking into advocating for changes to the questions. Gold says that’s where the change must start.

From actual state board applications:

South Dakota: "Have you been treated for or do you have a diagnosis for any Mental Health condition. (If yes, please ask your treating provider to send a status letter to the Board office)."

Alaska: : Check each condition you have ever been diagnosed with, treated for or current have: Bipolar Disorder, Hypomania, Schizophrenia, Depression, Season Affective, Depressive Neurosis, Any Dissociative Disorder, Any Psychotic Disorder, Any Organic Mental Disorder, Any condition requiring chronic medical or behavioral treatment, Kleptomania, Pyromania, Delirium, Paranoia. (If you checked ‘Yes’ to any of the above questions, you must attach a detailed explanation. You must also have your treating physician submit a letter directly to the Board regarding your ability to practice safely and competently.)”

“It has to come from the group that is advising the state medical boards,” Gold says. “They don't have regulatory authority over the boards, but certainly they can recommend best practices for the states."

For its part, the American Medical Association is also sending signals. At the AMA’s 2017 meeting in Chicago, it issued a policy that encourages “state medical boards to recognize that the presence of a mental health condition does not necessarily equate with an impaired ability to practice medicine.”

Dyrbye says Washington, Wisconsin, Michigan and New York stand out as having specific and appropriate questions. Minnesota, Texas and Georgia are on the other end of the spectrum. “Their questions are very broad,” she says.

“It’s going to take a boots-on-the-ground effort in these states to make a difference. I would encourage physician leaders to advocate for change,” Dyrbye says. “If we can get that 40 percent to be willing to seek care, that would be huge.”

If not, physicians might stop practicing, contributing to the doctor shortage, or worse, harm themselves, she says. “You have physicians with mood disorders who are suffering, and you want them to get care.”

As a society, the stigma about seeking mental health treatment is slowly eroding, but not necessarily in the field of medicine, where there is a sense of stoicism where the needs of the patient come first, Dyrbye says.

“Sometimes we get a little lost and don’t take care of ourselves. We’re very hard workers, and we want to be able to meet the needs of our patients,” she says.

But that sometimes means not taking care of critical mental health needs, something that is slowly changing. “I think there has been a shift toward recognition that health care workers are under a tremendous amount of stress,” she says.

Yet stress does not equal impairment, and seeking treatment may be the assistance some physicians need to get back on track.

“Impairment is on the extreme end of the spectrum, and treatment or past diagnosis does not mean impairment,” Dyrbye says. “I really encourage them to seek care before the mental health problem gets in the way of life.”

“It’s kind of working its way through channels right now,” he says. “It always helps with any issue to apply a little bit of pressure and persuasion.”