Communication, preparation, mediation, facilitation and contrition. Unfortunately, physicians acquire most of these skills through trial and error.

Here's a list of qualities that physician leaders ought to acquire if they want to be more effective.

I often say, “Lead from the front, not from behind a desk.” Behind-the-desk email exchanges are a common way leaders issue commands and make quick decisions that could easily backfire because all of the facts are not fully deliberated. This is an ineffective method that could jeopardize your career. 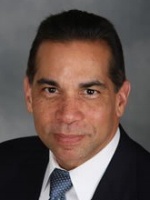 For example, a chief medical officer sent a relatively straightforward email to a chief of service. It was perceived as condescending although it was not the CMO’s intention. The chief of service forwarded this email to the CEO and board chair. Eventually, this relatively short insignificant email stirred up such a reaction it led to the CMO’s dismissal.

Lesson: Be very careful how you communicate through email. It’s a permanent record that might create an array of unintended consequences. Here are specific suggestions in how to email wisely.

So, let’s use the earlier example, of the emotionally charged email. It should evoke a brief response: “Let’s meet and discuss further.” The face-to-face allows you to engage and defuse a toxic situation more readily than a simple phone call. I often want face-to-face meetings with unfamiliar people or matters that are complex. I reserve texting for my administrative team regarding extremely important issues or meeting times to discuss an emergent event. I prefer emails to summarize informal meetings and forward them to stakeholders for concurrence. Email also is effective for follow-up action items that can be embedded in the old email to give updates. This is an extremely effective organizational leadership tool that’s underused and undervalued. It will mitigate your liability risk as an administrator.

Choose your words carefully. The art of communication involves the ability to convey your message with such clarity that it hits the mark on its intention and purpose to the audience or reader. You must place yourself in the reader’s position to ensure that the words best fit the issue. Emails often are subject to multiple interpretations, and that opens the door for the reader to view it more negatively — regardless of the writer’s intended purpose.

Let’s say you are a mentor for a young future leader. In your email, you state, “I need your leadership in this area.” To the future leader, it’s a clear charge that “this is an opportunity to show off my leadership skills.” But if you send the same email to a seasoned leader who reports to you, it might be viewed as condescending because his or her interpretation may be that “my supervisor doesn’t think I’m a strong leader.” Be careful of words that might trigger defensiveness, such as “you failed,” “you need to” or “you never informed me.”

As a leader, it’s critically important to understand that everyone is watching your communication style. You set the stage for how everyone will communicate with you and each other.

If there is a significant decision regarding an issue, leaders must strategically be able to steer stakeholders in a manner that’s in the best interest of the department or facility. Simply organizing and leading a meeting with stakeholders isn’t real leading. There’s some strategic preparation that should be done for important matters.

For example, because of fiscal issues, hospital administration decided to place a cap on observation beds. The CMO was held responsible for implementation. One stakeholder is the emergency department, where staff are against observation caps because they increase ED boarding time, increase transfers because beds are unavailable and negatively affect their performance scores. The other stakeholder is the hospitalist group that’s in favor of bed caps because of potential higher reimbursements from admitting patients with a higher case-mix ratio.

The CMO met with the chief of the ED group and sought buy-in by implementing a new agreement with a neighboring facility that would accept transfers more seamlessly, thereby reducing potential board times and patient complaints. The CMO organized a formal meeting with both departments that resulted in a concurrence with the new administrative order.

These types of new changes quickly can spiral out of control if stakeholders are resistant or don’t feel empowered to share their opinions or input. And although it might be a great idea, at the heart of the matter is how to create change. As leaders, we are faced with the challenge of moving from volume-based, incentivized medicine to value-based care. Facilitating changes will require leaders to acquire the soft skills that will enable them to navigate and implement programs and changes amid strong resistance.

You might be in a hospital culture where staff are reluctant to make changes. Maybe it’s because of past failed attempts or the manner in which changes previously were conducted. Dictating or ordering changes as a leader may achieve the desired outcomes, but it comes at an enormous price.

How do we facilitate change ? If you anticipate major resistance to a new process, a relatively easy way to gain buy-in is to recommend a pilot. It gives time for a resistant culture to process this new idea. Their views may range from “more work for the same pay” and “it’s been done before and failed” to “I like the way things are.”

The time committed to addressing their concerns through a pilot program builds engagement and teamwork. If the results at the end of the pilot are favorable, then there will be sustainable results from staff committed to the idea. Unfavorable or unclear results will give staff and administration an opportunity to revise or amend the projects for further testing. There’s little downside to piloting.

Another advantage of a pilot is that it doesn’t require amendments in standard operating procedures and policies through a hospital or board committee. In fact, the positive results of a pilot should propel its final approval through committees. In our hospital, we had to think creatively about ways to reduce unnecessary and wasteful readmissions. We created a post-discharge cardiology clinic with a local cardiologist.

Stakeholders had a host of concerns regarding reimbursements, coordination of care, staffing and cost of implementation. There also were legal concerns as it relates to federal anti-kickback laws and state regulations. We piloted the post-discharge cardiology clinic and, after three months, it showed dramatic positive results. More than half of the patients seen in the clinic did not get readmitted after 30 days. Even more impressive, none was readmitted after 90 days.

Stakeholders’ questions were addressed and funding was approved to expand the clinic to other service areas. Ultimately, the patient wins when we lead through positive means.

As a hospital leader, neutrality is the key to how we relate to service-line leaders. Any signs of favoritism of one over another will create disruption and uncooperativeness. And when there are interdepartmental conflicts, chiefs will not trust your leadership and final determinations.

The best way to demonstrate your neutrality is to be an effective mediator during interdepartmental conflicts. Understand both sides of the matter and assist the departments to find a middle ground. Keep them focused, not on their own agendas, but on what is ultimately in the best interest of the patient. You might have a very strong position regarding the issue, but it would do more harm than good if you evoked your opinion or took sides in the matter.

Navigate the situation in a way that it appears both parties have resolved their differences, and you are the bystander supporting both. You’ll yield greater trust this way, and you’ll be in a better position as leader to address future challenges between both parties, as you have set the tone of fairness and objectivity.

The greatest soft skill that will define your path as a leader is your ability to recognize your own failures and admit them. I always think of a leader of a basketball team who taps on his chest and says, “My fault,” to other players during a game. This leader could have started yelling and pointing fingers at other players as a means of deflecting blame from himself.

Doesn’t that remind you of something that occurs in our workplace every day? The blame game? The path to truly gaining respect as a leader is not about blaming others. It’s about admitting your mistakes.

Related: Being an Effective Physician Leader Is an Inside Job

For example, I presented a list of physicians for new and renewed staff privileges for final approval at our hospital board of trustees meeting. One board member wanted to know more information about a physician with an open liability claim. I stated the claim was reviewed by a number of people including the chief of service and the medical executive committee. In my view, there was no need to go into detail. The board member refused to approve the physician because it would appear to be rubberstamping this physician without knowing all of the facts. I argued further that the discussion was too far in the weeds and that nonclinical community board members could not understand or judge whether the physician was a risk for the hospital since the claim was medically complex.

I rethought my position. I concluded I was wrong and apologized for my mistake. I reassured the board that clearer documentation will be included before future approval. Being culpable created more trust, respect and transparency between myself and the board members.

Unfortunately, as physician leaders, we do not receive formal training in administrative soft skill sets. Our skills are often self-taught, derived from clinical and personal experience though trial and error. And though there are many books and lots of online information regarding soft skills, there’s a huge gap in teaching physicians truly meaningful ways to be efficient and effective leaders.