What are the differences and similarities in the roles of clinician and physician leader?

The transition is a big one, with a big chance of failure. It’s important to recognize the differences and similarities between these roles and create a pathway for success.

A 2015 story published by Business Insider suggests as many as 70 percent of newly hired executives fail within 18 months of being hired or promoted.1 With the typical cost of executive turnover estimated at three times the individual’s total compensation2 — and the average annual compensation for a chief medical officer near $386,0003 — there’s a lot at risk. 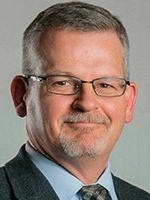 Despite that, research shows that hospitals expect an increasing dependency on and hiring of physician leaders.4

Health care delivery faces challenges from developments in reimbursement, the evolution of policy, variation in clinical practice, and the cost of care.5,6 The American College of Healthcare Executives says CEO turnover in the industry in 2016 (latest data available) was at 18 percent for the third straight year, after reaching a zenith of 20 percent 2013.7 Many health care organizations are replacing those vacancies with physicians.4

Hiring a health care executive is a high-reward, high-risk decision for both the employer and the employee. Chief executive officers, physician leaders and clinical physicians considering leadership roles need the proper insight and ability to manage all of the factors, both tangible and intangible, involved in hiring someone for — or accepting a position in — the executive suite.

It’s vital to understand the challenges unique to health care as well as some of the best practices for identifying, hiring and sustaining a physician executive.

The Rise of Physician Leaders

The role of the physician leader is in transition,5 its path differing markedly from all other leaders in health care. Typically, other members of a health care leadership team, including the directors, have advanced based on their management skills — budgeting, human resource policies and processes, strategic planning and adept use of tools such as quality improvement, productivity and staffing schemes.

For physicians, however, the common story goes like this: The physician is recognized by peers as an excellent clinician, thus establishing credibility. The administration notes this and recognizes the influence he or she has with peers. The doctor is asked, or asks, to lead a clinical initiative. At some point, there is conflict between the physician clinician and a colleague. If navigated well, the administration then appoints the doctor to medical director or another paid leadership position. The doctor is now an ordained physician leader.

RELATED: There Are Four Leadership Styles. Can You Identify Yours?

This journey has many positives. The successful physician has gained degrees in the school of hard knocks, but there’s often a lack of depth of his or her managerial skills and breadth of leadership styles. For many physician leaders at this point in their executive careers, the most common leadership style is that of an autocrat. That approach is effective in many ways as a medical director or department chair, but it won’t guide a team to excellence.

To better appreciate the differences between a successful clinician and a successful leader, consider the attributes necessary for each role.

The first three attributes — integrity, common sense and compassion — are essential to both roles. They also are the attributes most easily defined in a crisis, the hardest to identify in an interview and seem to be inherent to the individual. It’s unlikely the physician clinician obtains credibility with colleagues and team if these attributes are not present.

Technical prowess and knowledge base are tangible attributes that can be obstacles to success for a new physician leader if not accurately assessed. Lacking them can lead to an ineffective, unsustainable senior leader. Often, these attributes are viewed from a clinical perspective during the interview process — administrators assume the physician has technical prowess and clinical knowledge, but that’s the wrong competency assessment.

For the physician leader to be more than a “pied piper” of the medical staff who has gone to the “dark side,” technical prowess (such as use of quality improvement tools and techniques, and ability to use multiple leadership tactics , means of communication and facilitation) and knowledge base (such as human resource application, contractual development, stewardship and operational applications) must be reviewed from the lens of application in a senior leadership position. A physician leader doesn’t have to have all of those skills, but knowing what’s lacking and having a remedy plan are essential.

Imagine professional football or basketball star trying to become a world-class biathlete. The environment and tools (court vs. course, basketball vs. skis and rifle) are totally different than those where he has excelled. Not only would the likely outcome be a disaster, but it might bring out the worst behavior in a high-performing athlete who’s set up to fail.

So how might we see this play out in a newly hired CMO? He or she might try to work harder and focus strengths to overcome weakness. This approach is a burnout spiral. Working extra hard leads to exhaustion and consumes personal resources necessary for patience and perspective. It also has the potential to undermine personal relationships and support structure — essential resources during this transition time. It is extremely difficult to be mindful when one is threatened or feels exhausted.

There’s also a hidden malignancy: Superiors are likely to expect him or her to maintain the initial pace. It’s not sustainable, and, in concert, overplaying one’s strengths often causes that person to become eventual weaknesses.8,12 With limited choices of leadership styles, ingrained autocracy undermines effectiveness.

Using Hogan and emotional intelligence assessments in combination with personalized coaching, it’s possible to define a path to self-awareness and recognition of potential derailers.8,13 The development of a plan for managing these derailers,8 gaining self-awareness, identifying strengths and assuring they are not overplayed, is the key to success and sustainment. This approach is managed by individuals as well as senior leaders and immediate supervisors. A professional coach can add valuable support to this process14,15 and also can serve as a recruiting tool.

The intangible attributes of coachability, vulnerability and self-awareness are the keys to identifying and sustaining a physician leader. By recognizing them, it allows aspiring physician leaders to pursue training in the necessary technical skills as well as managerial knowledge.

Wise administrators can develop both internal strategies (such as adding operational responsibilities and training to the medical director role) and external strategies (such as attending leadership conferences, formal master-level training and creating contractual commitments to yield their benefits) for successful maturation. By determining a leadership candidate’s emotional intelligence, the hiring team has an excellent means of evaluating those three intangibles.

That’s not to ignore education from the “school of hard knocks.” Defining and prioritizing the major bodies of work with identified process metrics and outcomes by the hiring team allows a better determination of the extent of technical training for the candidate. Successful history is often a great indicator of a successful future if the bodies of work are similar. If they are not, it can be misleading and distracting.

Physician leaders are essential in health care’s present and future, but the number of physicians who have the skill set and desire to pursue such positions provides many challenges. This paradigm makes successful hiring and sustainment paramount to the transformation of the industry.

Jeremy Robert Blanchard, MD, MMM, CPE, CPXP, FACP, FCCP, FACPE, is head of player and family wellness for the Alliance of American Football, a new league scheduled to begin play in 2019, and chief medical officer at Missouri-based Language of Caring, a health care cultural transformation consulting firm. He is a member of the American Association for Physician Leadership.