Physician leaders should remain mindful of the extremely costly and potentially harmful treatments they and their teams order.

Physician leaders should remain mindful of the extremely costly and potentially harmful treatments they and their teams order.

When Annie Dennison was diagnosed with breast cancer last year, she readily followed advice from her medical team, agreeing to harsh treatments in the hope of curing her disease.

“You’re terrified out of your mind” after a diagnosis of cancer, says Dennison, 55, a retired psychologist from Orange County, California. 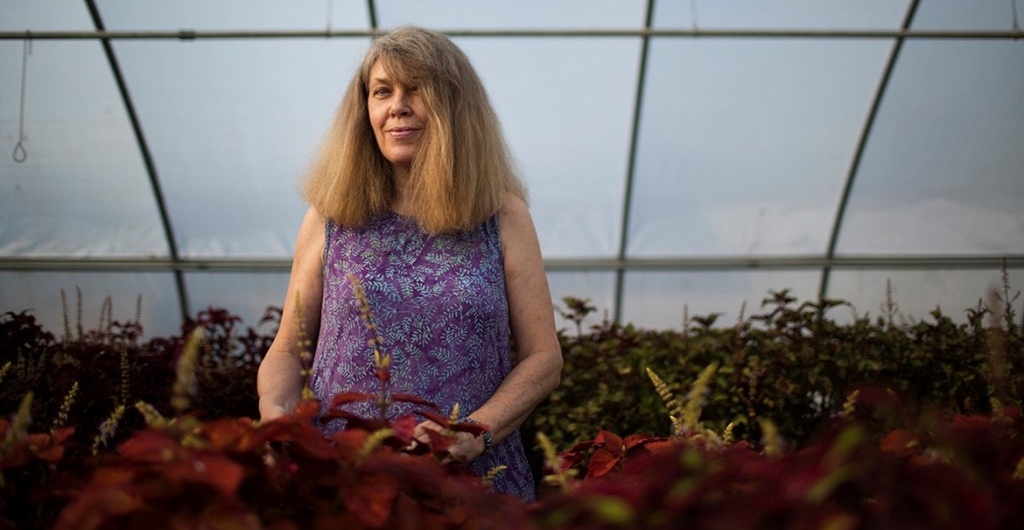 After Kathi Kolb was diagnosed with breast cancer, her doctor recommended seven weeks of daily radiation treatments. She persuaded him to shorten treatment to three weeks, based on clinical trials showing that the condensed course works just as well. | Katye Martens Brier for KHN

In addition to lumpectomy surgery, chemotherapy and other medications, Dennison underwent six weeks of daily radiation treatments. She agreed to the lengthy radiation regimen, she says, because she had no idea there was another option.

Medical research published in The New England Journal of Medicine in 2010 — six years before her diagnosis — showed that a condensed, three-week radiation course works just as well as the longer regimen.

In 2013 , the society went further and specifically told doctors not to begin radiation on women like Dennison — who was over 50, with a small cancer that hadn’t spread — without considering the shorter therapy.

“It’s disturbing to think that I might have been overtreated,” Dennison says. “I would like to make sure that other women and men know this is an option.” 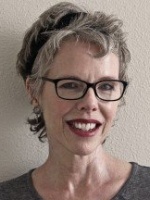 Dennison’s oncologist, David Khan, MD, of El Segundo, California, notes that there are good reasons to prescribe a longer course of radiation for some women.

Khan, an assistant clinical professor at UCLA, says he was worried that the shorter course of radiation would increase the risk of side effects, given that Dennison had undergone chemotherapy as part of her breast cancer treatment.

The latest radiation guidelines, issued in 2011, don’t include patients who’ve had chemo.

Yet many patients still aren’t told about their choices.

An exclusive analysis for Kaiser Health News found that only 48 percent of eligible breast cancer patients today get the shorter regimen, despite the additional costs and inconvenience of the longer type.

The analysis was completed by eviCore , a South Carolina-based medical benefit management company, which analyzed records of 4,225 breast cancer patients treated in the first half of 2017. The women were covered by several commercial insurers. All were older than 50 with early stage disease.

The data “reflect how hard it is to change practice,” says Justin Bekelman, MD, associate professor of radiation oncology at the University of Pennsylvania Perelman School of Medicine.

A growing number of patients and doctors are concerned about overtreatment, which is rampant across the health care system, argues Dr. Martin Makary, MD, MPH, a professor of surgery and health policy at the Johns Hopkins University School of Medicine in Baltimore, Maryland.

From duplicate blood tests to unnecessary knee replacements, millions of patients are being bombarded with screenings, scans and treatments that offer little or no benefit, Makary says. Doctors estimated that 21 percent of medical care is unnecessary, according to a survey Makary published in September in Plos One .

Unnecessary medical services cost the health care system at least $210 billion a year, according to a 2009 report by the National Academy of Medicine , a prestigious science advisory group.

Those procedures aren’t only expensive. Some clearly harm patients.

Overzealous screening for cancers of the thyroid, prostate, breast and skin, for example, leads many older people to undergo treatments unlikely to extend their lives, but which can cause needless pain and suffering, says Lisa Schwartz, MD, MS, a professor at the Dartmouth Institute for Health Policy and Clinical Practice in Lebanon, New Hampshire.

“It’s just bad care,” says Rebecca Smith-Bindman, MD, a professor at the University of California at San Francisco, whose research has highlighted the risk of radiation from unnecessary CT scans and other imaging.

All eligible breast cancer patients should be offered a shorter course of radiation, says Benjamin Smith, MD, an associate professor of radiation oncology at the University of Texas MD Anderson Cancer Center.

Studies show that side effects from the shorter regimen are the same or even milder than traditional therapy , Smith says.

Smith, who is currently updating the expert guidelines, says there’s no evidence that women who’ve had chemo have more side effects if they undergo the condensed radiation course.

“There is no evidence in the literature to suggest that patients who receive chemotherapy will have a better outcome if they receive six weeks of radiation,” Smith says.

Shorter courses save money, too. Bekelman’s 2014 study in JAMA , the journal of the American Medical Association, found that women given the longer regimen faced nearly $2,900 more in medical costs in the year after diagnosis.

The high rate of overtreatment in breast cancer is “shocking and appalling and unacceptable,” says Karuna Jaggar, executive director of Breast Cancer Action, a California-based advocacy group. “It’s an example of how our profit-driven health system puts financial interests above women’s health and well-being.”

Just getting to the hospital for treatment imposes a burden on many women, especially those in rural areas, Jaggar says. Rural breast cancer patients are more likely than urban women to choose a mastectomy, which removes the entire breast but typically doesn’t require follow-up radiation.

Meg Reeves, 60, believes much of her treatment for early breast cancer in 2009 was unnecessary. Looking back, she feels as if she was treated “with a sledgehammer.”

At the time, Reeves lived in a small town in Wisconsin and had to travel 30 miles each way for radiation therapy. After she completed her course of treatment, doctors monitored her for eight years with a battery of annual blood tests and MRIs. The blood tests included screenings for tumor markers, which aim to detect relapses before they cause symptoms.

Yet cancer specialists have repeatedly rejected these kinds of expensive blood tests and advanced imaging since 1997.

For survivors of early breast cancer like Reeves — who had no signs of symptoms of relapse — “these tests aren’t helpful and can be hurtful,” says Gary Lyman, MD, MPH, a breast cancer oncologist and health economist at the Fred Hutchinson Cancer Research Center in Seattle, Washington. Reeves’ primary doctor declined to comment.

In 2012, the American Society for Clinical Oncology , the leading medical group for cancer specialists, explicitly told doctors not to order the tumor marker tests and advanced imaging — such as CT, PET and bone scans — for survivors of early stage breast cancer.

Yet these tests remain common.

Thirty-seven percent of breast cancer survivors underwent screening for tumor markers between 2007 and 2015, according to a study presented in June at the American Society of Clinical Oncology’s annual meeting and published in the society’s journal online .

Sixteen percent of these survivors underwent advanced imaging. None of these women had symptoms of a recurrence, such as a breast lump, Lyman says.

Beyond wasted time and worry for women, these scans also expose them to unnecessary radiation, a known carcinogen, Lyman says. A National Cancer Institute study estimated that 2 percent of all cancers in the United States could be caused by medical imaging.

Health care costs per breast cancer patients monitored with advanced imaging averaged nearly $30,000 in the year after treatment ended. That was about $11,600 more than for women who didn’t get such follow-up tests, according to Lyman’s study. Women monitored with biomarkers had nearly $6,000 in additional health costs.

Reeves knows the costs of cancer treatment all too well. Although she had health insurance from her employer, she says she had to sell her house to pay her medical bills. “It was financially devastating,” Reeves says.

“It’s the worst kind of financial toxicity , because you’re incurring costs for something with no benefit,” says Scott Ramsey, MD, PhD, director of the Hutchinson Institute for Cancer Outcomes Research in Seattle.

RELATED: Some Doctors Are Soaking Up Profits from Urine Testing

Repeated needle sticks — including those from unnecessary annual blood tests — have scarred the veins in her left arm, the only one from which nurses can draw blood, she says. Nurses avoid drawing blood on her right side — the side of her breast surgery — because it could injure that arm, increasing the risk of a complication called lymphedema, which causes painful arm swelling.

Reeves worries about the side effects of so many scans.

After treatment ended, her doctor also screened her with yearly MRI scans using a dye called gadolinium. The Food and Drug Administration is investigating the safety of the dye, which leaves metal deposits in organs such as the brain. After suffering so much during cancer treatment, she doesn’t want any more bad news about her health.

Kathi Kolb, 63, was staring at 35 radiation treatments over seven weeks in 2008 for her early breast cancer. But she was determined to educate herself and find another option.

“I had bills to pay, no trust fund, no partner with a big salary,” says Kolb, a physical therapist from South Kingstown, Rhode Island. “I needed to get back to work as soon as I could.”

Kolb asked her doctor about a 2008 Canadian study , which was later published in the influential New England Journal of Medicine, showing that three weeks of radiation was safe. He agreed to try it.

Even the short course left her with painful skin burns, blisters, swelling, respiratory infections and fatigue. She fears these symptoms would have been twice as bad if she had been subjected to the full seven weeks.

“I saved myself another month of torture and being out of work,” Kolb says. “By the time I started to feel the effects of being zapped [day] after day, I was almost done.”

A growing number of medical and consumer groups are working to educate patients, so they can become their own advocates.

RELATED: Needless Medical Testing: A $200B Waste and Patient Harm

The Choosing Wisely campaign, launched in 2012 by the American Board of Internal Medicine Foundation, aims to raise awareness about overtreatment. The effort, which has been joined by 80 medical societies, has listed 500 practices to avoid. It advises doctors not to provide more radiation for cancer than necessary, and to avoid screening for tumor markers after early breast cancer.

“Patients used to feel like ‘more is better,’ ” says Daniel Wolfson, executive vice president of the foundation. “But sometimes less is more. Changing that mindset is a major victory.”

Yet Wolfson acknowledges that simply highlighting the problem isn’t enough.

“We tend in the health care system to be pretty slow in abandoning technology,” Landon says. “People say, ‘I’ve always treated it this way throughout my career. Why should I stop now?’ ”

Many doctors say they feel pressured to order unnecessary tests out of fear of being sued for doing too little . Others say patients demand the services. In surveys, some doctors blame overtreatment on financial incentives that reward physicians and hospitals for doing more.

Smith-Bindman, the UC San Francisco professor, says the causes of overtreatment aren’t so simple. The use of expensive imaging tests also has increased in managed care organizations in which doctors don’t profit from ordering tests, her research shows .

“I don’t think it’s money,” Smith-Bindman says. “I think we have a really poor system in place to make sure people get care that they’re supposed to be getting. The system is broken in a whole lot of places.”

Dennison says she hopes to educate friends and others in the breast cancer community about new treatment options and encourage them to speak up: “Patients need to be able to say ‘I’d like to do it this way because it’s my body,’ ”

This article originally appeared in Kaiser Health News on Oct. 23, 2017.