The sexual assault scandals that rocked the entertainment industry during the past year turned the spotlight toward a problem that transcends all industries. The male-dominated world of health care was no exception.

As the ensuing #MeToo movement and others like it have brought attention to issues that previously had been hidden or ignored, the approaches physician leaders use to address them have had to advance with the times, says a veteran litigator who advises health care organizations on changing cultures. 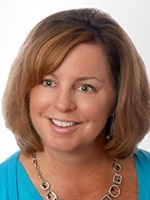 “The way physician leaders handle all discipline issues with the physician workforce is evolving,” says Peggy Strange, a principal with the national law firm Jackson Lewis.

The #MeToo movement hastened the change. “I think we’re hearing about it more because people, who may have thought in the past that it was just how a particular doctor behaved, are now feeling empowered to say something,” Strange says.

Physician leaders are not likely to talk publicly about any impact the movement is having in their organizations, but they are seeking professional guidance, such as that offered by Strange and her firm. They realize enforcement of policies must start at the top.

“Leadership must put a process in place to effectively address physician conduct. It is also important particularly with the #MeToo movement that leadership take all complaints seriously and conduct deeper investigations,” she says.

Her advice for physician leaders comes down to three main points: the handling of employment issues for physicians, setting the culture, and ensuring a structure is in place to handle complaints.

In the past, for complaints about physicians, medical leadership often handled any investigation and action. Now, more and more medical facilities are involving their human resources departments.

“That’s a big change for people in the medical field. HR wasn’t involved with physicians before. Now hospitals are realizing they need more integration between the two,” Strange says, adding it’s important to get these partnerships in place before a complaint happens and not after. 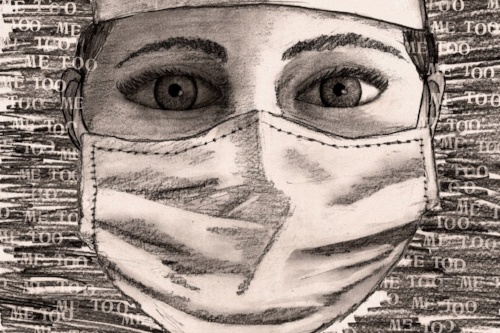 A growing group of women are combating sexual assault and harassment in the medical field at every level, from patients’ bedsides to the executive boardroom.

Much as the #MeToo moment has raised awareness of sexual harassment in business, politics, media and entertainment, it is prompting women in medicine to take on a health system where workers have traditionally been discouraged from making waves and where hierarchies are ever-present and all-commanding.

Although health care has far more women than men, power the top of the pyramid is overwhelmingly male, making such conduct far more likely, researchers say. Workers in the health care and social assistance field reported 4,738 cases of sexual harassment between 2005 and 2015, eclipsed only by fields such as hospitality and manufacturing, where men make up a greater proportion of the workforce, according to data gathered by the Equal Employment Opportunity Commission.

Kaiser Health News reviewed dozens of legal cases and found similar patterns that also cropped up in other fields. The harassers are typically male. The alleged harasser supervises or outranks the alleged victim. And when superiors are confronted with reports of bad behavior, the victims, mostly women, are disbelieved, demoted or fired.

Another part of the HR involvement is to make sure supervisors are giving appropriate performance feedback. The only way to determine if there is a pattern of behavior is to document it. “That [a lack of documentation] is a big mistake for physician leaders, and it’s not uncommon at all,” Strange explains.

For physician leaders, setting organizational culture “starts at the top and cascades down,” Strange says. Leadership that is calm and skilled at employee management will respond rather than react to any harassment complaint.

People with complaints must feel comfortable about speaking to their managers, Strange says, adding the worst mistake physician leaders make is promising confidentiality to someone lodging a complaint. It is impossible to fully investigate a complaint without talking to anyone, so a promise of confidentiality or anonymity often means an investigation goes nowhere.

All employees need to know what is expected of them, and that includes managers. Many organizations already have harassment policies and procedures in place, but physician leaders should urge their organizations to update them immediately, Strange says.

“Get physicians trained on sexual and other harassment issues in the workplace,” she says, including physician leaders. They need to go through the same training as their employees, as part of the top-down idea Strange advocates.

“Start to think creatively about how you communicate with your employees about having a positive culture and being available for complaints and responding appropriately,” Strange says. A video training might be an option instead of a multipage handbook. “You need to speak to the workplace in the ways they are used to speaking,” she says.

Strange recommends going beyond sexual harassment issues and discussing all kinds of harassment and actions that could make a working environment uncomfortable. It’s also up to physician leaders to tell everyone involved how to behave after an investigation. “Retaliation is really harassment’s twin,” Strange says. “If someone feels retaliated against after they complain, they can bring a separate claim on that issue, so it is important to remind everyone involved that retaliation is not permitted.”

A Structure for Handing Complaints

A problem some physician leaders face is a lack of a formal structure to handle any complaints about workplace harassment or assault. Strange recommends a hotline or another method to report complaints and making sure all employees know about it. The next step is having people in place to respond.

“They need to be empowered to investigate and talk to everyone involved,” she says, reinforcing the mistake about promising confidentiality. The investigators also need the power to look at all relevant documents and files of everyone involved, including personnel files.

Physician leaders might also want to consider having an outside firm in place to handle complaints, especially ones involving sexual assault or patient care issues. “There are potentially much bigger consequences, including possible criminal consequences,” Strange says.

Part of the plan also needs to include how to respond to the news media and social media. Social media is particularly thorny; even one tweet or post can rile public sentiment. Even if the complaint turns out to be unfounded, damage can be swift and enduring — both to a physician’s reputation and that of the hospital or medical practice. Physician leaders — if permitted to speak on behalf of their organizations — should be ready to respond to any kind of public allegation, after consulting with their organizations’ public affairs teams. Ignoring a public allegation is not a viable option.

“Physician leaders should be thinking [and] to come out and say, ‘This is one incident and is not what we’re all about [as an organization],’ ” Strange says. She adds that such a response doesn’t minimize or trivialize a complaint, but rather helps protect their organization during an investigation.about their] mission as an organization and about what [it does] well, [

Even though dealing with and preventing harassment seems daunting, Strange says it’s important to remember the long-term outcome the organization desires. “If we’re going to have a discussion about culture, let’s talk about how employees work together overall. This is a way to motivate people.”

In the end, the benefits of a positive culture change outweigh the negatives needed to get there. “A lot of hospitals are intrigued by this,” Strange says.

Her biggest recommendation? Instead of looking at the cultural shift as another burden for already-stretched leaders, look for its positive effects.

“Physician leaders should welcome the opportunity from this whole #MeToo and #SpeakUp movement to really make culture change,” Strange says. “This could be a time in the health care industry to make meaningful culture change happen. If they do that, they will be the employer of choice and the health care provider of choice. Use this initiative to create an environment that is better.”