Physicians on staff at a prestigious U.S. academic medical center can earn small incentives — up to $5,000 a year — for participating in quality-improvement efforts. A fast-growing health system in the Upper Midwest is tying 30 percent of physician pay to value-based performance measures. Meanwhile, a pay-for-performance pioneer recently scrapped the idea in favor of paying its physicians a straight salary.

As provider organizations hone their focus on quality, the best way to incentivize physicians to share a system’s vision for quality improvement remains unclear.

Now that the majority of physicians are employed rather than independent, pay-for-performance initiatives are becoming more common, says Travis Singleton, senior vice president of Merritt Hawkins, a physician search firm. His company’s 2017 Review of Physician and Advanced Practitioner Recruiting Incentives report, drawn from 3,287 search assignments over a year ending in March 2017, found that 72 percent of searches offered a salary plus bonus.

Bonuses most frequently are based on one or more measures of productivity. But 39 percent of the positions offering salary plus bonus included quality measures in the bonus calculation — up from 23 percent in Merritt Hawkins’ 2015 review.

Singleton expects to see quality measures figure even more prominently into physician pay programs in the years ahead, although he thinks the trend might ultimately prove to be a short-lived fad. The vast array of pay-for-performance compensation plans he sees demonstrates a lack of consensus on how to incentivize quality improvement.

“There certainly is no standard way to do it,” he says. “The definition of what quality is and how it is measured is a huge issue.” 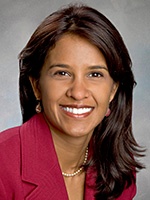 “Our program really shows that [incentives] can lead to a tremendous number of wonderful things happening for patients — for not as much as people would think,” she says.

The basic details of the program have held steady since its inception. Roughly 2 percent of money available for physician compensation is set aside to fund the incentives.

Physicians are assigned to one of three tiers, based on their level of clinical activity. Most physicians are in the top tier because they have at least 750 work relative value units over a six-month period; they are eligible for up to $5,000 in annual incentive payments. Physicians with 250 to 750 wRVUs are offered up to $2,500, and those with fewer are eligible for up to $1,000.

For each six-month term, physicians are held accountable for three quality measures; of those, two are systemwide measures and one is chosen by each clinical department or division. At the end of each term, physicians receive an incentive check reflecting their performance in the previous six months.

What has changed over the last 11 years is the way quality is defined and measured for the purposes of the program. Originally, many metrics were designed to increase the rates of compliance with quality or safety protocols, such as inpatient hand hygiene or appropriate hypertension prescribing. But as the federal government’s meaningful use program, risk contracts with payers and a new electronic health record system have rolled across the organization, the incentive program has been used to reinforce organizational priorities.

For example, a physician “passes” on a quality measure if he or she attends certain training sessions or views dashboards that are key to specific initiatives. Those pass/fail measures are easier for physicians than standard process or outcome measures, but they help the organization get widespread physician support for its initiatives. More than 80 percent of available incentive dollars are paid out each term.

“We call it a ‘spoonful of sugar’ for physicians who are increasingly burdened by so many things,” Rao says. “This can shine a light on things that are important, and doctors appreciate that we recognize their additional efforts.”

That said, Rao says physician leaders can count on resistance to any proposed changes to compensation formulas. The idea of setting aside a portion of the compensation pool to fund the incentives was not enthusiastically embraced at the outset.

“This was an uphill battle for us to argue for,” Rao says. “It is, in fact, a withhold of the money physicians earned through patient care, so it is to be expected that there would be a discussion about the value of this.”

UnityPoint Clinic, the system’s integrated multispecialty medical group, currently uses a compensation model that rewards productivity. But it intends to implement a new pay formula — 60 percent productivity, 30 percent on value-based metrics and 10 percent on risk-adjusted panel — across the organization by 2020.

The plan, developed in conjunction with a physician-led compensation committee, is designed to support the health system’s population health strategy, says Keith Seashore, executive vice president and CFO at UnityPoint Clinic. The formula attempts to balance physicians’ focus on productivity with their attention to specific performance measures related to improving the value of care delivered.

“Those are the things that we need for our physicians in partnership with us in order to be successful,” he says.

The portion of compensation tied to value-based performance metrics breaks down like this:

40 percent: Quality measures, such as compliance with preventive screening protocols.

Five UnityPoint primary care clinics started piloting the compensation model in January 2016. A review of the first year showed that physicians in the pilot performed better on the value metrics than their colleagues working under the traditional compensation plan.

“The results were what we were expecting and hoping for,” Seashore says.

Having practicing physicians involved in helping us develop these plans for the future is going to help us get it right. And it provides credence to our mantra that we are a physician-led organization.

But the organization intends to proceed slowly. Getting the details right is more important than a quick transition. “Obviously, in this type of arrangement, we have to be absolutely sure that those value-based performance metrics are accurate, can be produced regularly and are available for timely review,” he says. “It’s taking us some time to be sure that we have good accurate data.”

Additionally, UnityPoint Clinic is working out how to treat physicians fairly, considering that some patients require more time than others. For example, the average panel for a family medicine physician might be 25 percent greater than for an internist who, in general, will treat patients who are sicker and need more attention.

“We are using some new methodologies to risk-adjust our panel, and we’re hoping to pay on that methodology so that the intensity of the patients will factor into the compensation plan,” Seashore says.

The slow rollout allows time for everyone to learn from the pilot and to offer input. The new compensation strategy is one of the organization’s top priorities, Seashore says, because it is an opportunity to strengthen relationships with physicians.

“Having practicing physicians involved in helping us develop these plans for the future is going to help us get it right,” he says. “And it provides credence to our mantra that we are a physician-led organization.”

On the Other Hand …

While pay-for-performance gains traction around the country, a pioneer of that concept has reversed course. Geisinger Health System, based in Danville, Pennsylvania, in 2017 started paying its physicians straight salary — after 14 years with a compensation plan that tied compensation to quality metrics and other factors.

For specialty physicians, about 80 percent of the compensation was tied to work effort, which could include teaching, research and administrative activities but was predominantly measured by wRVUs. The variable compensation — roughly 20 percent — came in the form of incentive payments that reflected a physician’s performance on individual incentive goals in five general areas:

Quality: 40 percent of the incentive.

For primary care physicians, the base salary (78.5 percent of total pay) reflected fee-for-service work units. About 8 percent of their pay was based on participation in Geisinger’s medical home model of care delivery. The remaining 13.5 percent reflected performance on goals in three areas:

Quality: 60 percent of the incentive pay. 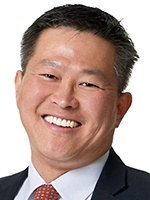 But by January 2016, it was time to move in a different direction. Like many health systems, Geisinger is investing heavily in population health management with the goal of improving patient outcomes while driving down the total cost of care. To that end, Jaewon Ryu, MD, JD, Geisinger’s executive vice president and chief medical officer, wants physicians to focus on patients’ needs. Being on straight salary frees a physician to, for example, spend a little more time with a complex patient — and possibly head off the need for an emergency room visit or hospital stay, he says.

Geisinger’s physician alignment strategy is built around a “social compact” that identifies the values that its physicians are expected to embrace. Geisinger still tracks the quality, access and patient satisfaction measures that were previously included in the compensation formula, but Ryu doesn’t want physicians worrying about how today’s work will influence the next incentive payout.

“Sometimes we need physicians to do things that may not be ‘RVU-rich’ but generate tremendous value for the organization and the patients we serve,” he says. “We believe this new approach allows our physicians to spend more time connecting and communicating with our patients.”

Making Your Own Plan

Regardless of an organization’s approach to physician compensation, success hinges on physicians understanding how the program works and believing that it is fair. To that end, two-way communication is essential, and top executives must be talking with physicians before a new pay strategy is determined, Ryu says.

“Establish physician focus groups led by the CEO and CMO that allow for physicians directly to communicate to leadership,” he says. “Listen to their concerns and get a pulse on what is working well and what needs improved.”

UnityPoint hired two physician-compensation medical directors — one for the primary care division and one for the specialty division — to make sure physicians are appropriately represented in decision-making about their pay. “Our physicians need to be involved and they need to be comfortable with processes we use in terms of how we design our compensation plans for the future,” Seashore says.

Recruit champions: After a new compensation model is decided, convene a physician-led oversight committee to help support the change.

Communicate: Have a communication plan in place so that physicians receive clear, complete, consistent messages about the new payment plan and that their questions can be addressed promptly and correctly.

Be patient: UnityPoint expects that it will take as much as five years to completely transition from a wRVU-based payment system to a value-oriented compensation formula, Seashore says. Even after a new model is developed, it may need to be implemented incrementally, giving physicians time to succeed with the new metrics in the plan.